You haven’t finished your ape, said mother to father,
who had monkey hair and blood on his whiskers.

You didn’t eat the hands, and I went to all the
trouble to make onion rings for its fingers, said mother.

I’ll just nibble on its forehead, and then I’ve had enough,
said father.

Why don’t you have the butcher cut these apes up? You lay
the whole thing on the table every night; the same fractured
skull, the same singed fur; like someone who died horribly. These
aren’t dinners, these are post-mortem dissections.

Try a piece of its gum, I’ve stuffed its mouth with bread,
said mother.

Ugh, it looks like a mouth full of vomit. How can I bite into
its cheek with bread spilling out of its mouth? cried father.

Break one of the ears off, they’re so crispy, said mother.

I wish to hell you’d put underpants on these apes; even a
jockstrap, screamed father.

Father, how dare you insinuate that I see the ape as anything
more thn simple meat, screamed mother.

Well what’s with this ribbon tied in a bow on its privates?
screamed father.

Are you saying that I am in love with this vicious creature?
That I would submit my female opening to this brute? That after
we had love on the kitchen floor I would put him in the oven, after
breaking his head with a frying pan; and then serve him to my husband,
that my husband might eat the evidence of my infidelity . . . ? 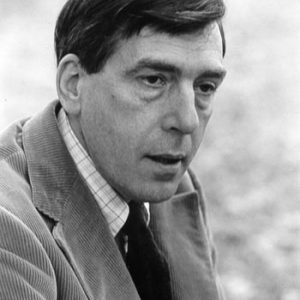 The Gardener LXVIII: None Lives For Ever, Brother by Rabindranath Tagore
nothing lasts for long. Keep that in mind and rejoice. Our life is not the one old burden, our path is not the ...

Book Third [Residence at Cambridge] by William Wordsworth
IT was a dreary morning when the wheels Rolled over a wide plain o'erhung with clouds, And ...

How a Little Girl Sang by Vachel Lindsay
Ah, she was music in herself, A symphony of joyousness. She sang, she sang from finger tips, From ...

The Milk-Maid O’ The Farm by William Barnes
O Poll's the milk-maïd o' the farm! An' Poll's so happy out in groun', Wi' her white ...

Vacation by Rita Dove
I love the hour before takeoff, that stretch of no time, no home but the gray vinyl seats ...