I was travelling with my mother
In a foreign land
And going to a far away place.
Mother, you were in a palanquin
With its doors slightly ajar
And I was cantering along
On a chestnut horse
Raising clouds of dust.
When in the west the sun set
And it was evening
It seemed we had reached
That vast plain where the twin ponds are.
Wherever we looked
It was utterly empty and dark
There was not even a single man or beast
And mother, this seems to have made you afraid
And you thought
‘To what strange place have we come?’
I said, “Mother, don’t fear
See yonder is the bed of the dead river.”
That wild country was covered with weeds
And the road had taken a turn in its midst.
No cattle were grazing there
As soon as it was evening
They had left for the village
Who knows whither we were bound
For nothing was visible in the dark.
Just then you told me, mother,
“What light I see near those ponds?”
All on a sudden, lo! who were coming there
Shouting and raising a hullabaloo?
In fear you were praying in your palanquin
Its bearers had fled to the nearby bush
And were trembling in fear in their hiding place.
I called out aloud,
“Mother, why do you fear?
I am here.”
They had heavy clubs in their hands,
Thick dishevelled hair on their heads
And jaba flowers stuck in their ears.
I told them, ‘Beware!
See my sword here
Take one more step forward,
I’ll cut you all to pieces.’
In reply they jumped up
And shouted even louder.
Mother you told me, “Child, don’t go there!”
I said, “See what I do”.
Spurring on my horse
I went among those bandits.
You’ll be amazed to hear
With my sword and shield
What a great fight was there!
Some of them took to their heels
And many got killed.
You must have feared
After fighting alone with so many brigands
Your son had died.
Sprinkled with blood
And wet with sweat
When I came back and told,
“The fight is over”
You came down from your palanquin
You kissed me
And took me on your lap and said,
“Luckily my child was there
Otherwise what great calamity it would have been.”
Every day so many things happen
Not all of them are so very important
But why doesn’t it happen
As I sometimes imagine?
It would have made a capital story
And everybody would listen in amazement
My elder brother would of course shrug in disbelief,
“How is such a thing possible –
For he is a weakling.”
But our neighbours would say,
“Luckily, the mother had her child by her side.” 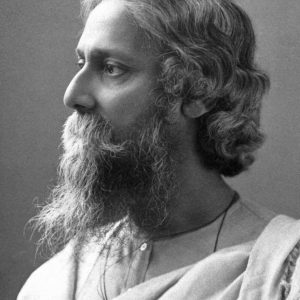 As We Like It by W H Auden
Certainly our city with its byres of poverty down to The river's edge, its cathedral, its engines, ...

Put Something In by Shel Silverstein
Draw a crazy picture, Write a nutty poem, Sing a mumble-grumble song, Whistle through your comb. Do ...

Magnolia Shoals by Sylvia Plath
Up here among the gull cries we stroll through a maze of pale red-mottled relics, shells, claws ...

Ancestors by Siegfried Sassoon
Behold these jewelled, merchant Ancestors, Foregathered in some chancellery of death; Calm, provident, discreet, they stroke their beards ...