AS in their flight the birds of song
Halt here and there in sweet and sunny dales,
But halt not overlong;
The time one rural song to sing
They pause; then following bounteous gales
Steer forward on the wing:
Sun-servers they, from first to last,
Upon the sun they wait
To ride the sailing blast.

So he awhile in our contested state,
Awhile abode, not longer, for his Sun –
Mother we say, no tenderer name we know –
With whose diviner glow
His early days had shone,
Now to withdraw her radiance had begun.
Or lest a wrong I say, not she withdrew,
But the loud stream of men day after day
And great dust columns of the common way
Between them grew and grew:
And he and she for evermore might yearn,
But to the spring the rivulets not return
Nor to the bosom comes the child again.

And he (O may we fancy so!),
He, feeling time forever flow
And flowing bear him forth and far away
From that dear ingle where his life began
And all his treasure lay –
He, waxing into man,
And ever farther, ever closer wound
In this obstreperous world’s ignoble round,
From that poor prospect turned his face away. 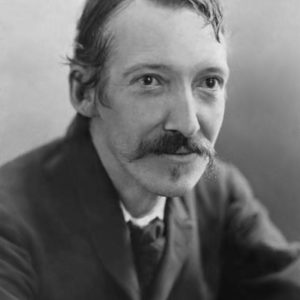 A Padlock for the Mouth by William Somervile
JACK Dimple was a merry blade, Young, amorous, witty, and well made; " Discreet!" — Hold, sir, — ...

The Gardener XXI: Why Did He Choose by Rabindranath Tagore
door, the wandering youth, when the day dawned? As I come in and out I pass by him every time, and my eyes ...

The Source by Rabindranath Tagore
it comes? Yes, there is a rumour that it has its dwelling where, in the fairy village among shadows of the forest dimly ...